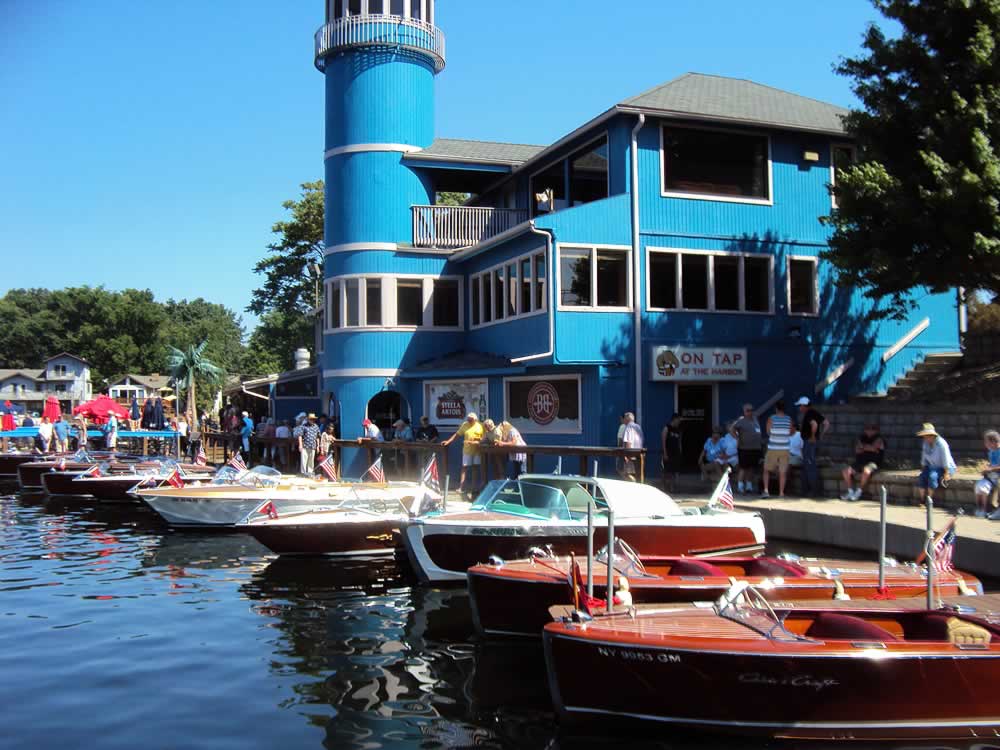 On Saturday June 25th plan to attend the Portage Lakes 41st annual antique and classic boat show. This free event will be held from 9:00 am to 3:00 pm at the “On Tap at the Harbor” restaurant and docks, on Portage Lakes Drive in Coventry, Ohio, just 5 miles south of downtown Akron. There will be over 50 beautiful wood and vintage fiberglass boats, both in the water and on land which display the elegance and craftsmanship of America’s skilled boat manufacturers.

There will also be a “Field of Dreams” with boats for sale on display.

The Antique and Classic Boat Society, an international organization devoted to the preservation and recognition of all types of personal watercraft with over 50 chapters throughout North America and Europe. The North Coast Ohio Chapter with over 120 members are very active in restoring, showing, and using their unique boats. Many of these members will have their boats on display at this show.

In the last few years, there has been growing interest in the original fiberglass boats which became popular in the late 1960’s as wood boat production was phased out due to shortages of mahogany, production costs, and desire for easier to maintain boats. Those earlier model fiberglass boats had unique designs influenced by the finned automobiles of the late 50’s and 60’s. You will see some of those boats at the show.

One very unique fiberglass boat manufacturer, Elite Craft, wanted to keep the “wood grained” look of the 30’s and 40’s mahogany grained runabouts with their cockpits forward of the “decked over” engine compartment. Only 350 of these very beautiful boats were made in the late 1980’s and we will have one of 20-foot Elite Craft on display at the show. See if you can spot the fiberglass boat that looks just like its earlier wood cousins. Here is a hint; the name on the transom tells the story, “Not Wood”.

There will also be some award winning boats from all around Ohio and as far away as New York. It will be a special occasion for a very rare 18’ 1947 Gar Wood Utility Sedan called “See Gar Go” shown in the water for the first time since it’s total 10-year restoration. There are estimated to be only 12 of these boats in existence and this one has been restored to exacting detail along with the original engine. The Sedan model has a wooden hardtop over the helm seat area with an open area around the engine box and seating across the back.

Also on display will be the boat featured on this year’s show poster, Portage Lakes resident Byron Kruger’s 1964 Chris Craft Golden Arrow, 19’ utility which has been beautifully restored.

Come and enjoy a lavish breakfast buffet and dockside dining next to the gleaming chrome and sparkling, varnished, floating works of art. The always popular collectable show posters and t-shirts will be for sale. Over 50 fine local businesses and organizations have sponsored this unique event that is one of the longest running antique boat shows in the U.S. Along with the North Coast Ohio Chapter, our co-sponsor of the show is the Portage Lakes Historical Society.

Don’t miss this celebration of summertime and beautiful boats on the Portage Lakes, Saturday June 25th, “OnTap at the Harbor”. For show and registration information contact the show chairman, Gil Maringer, 216-310-7475. 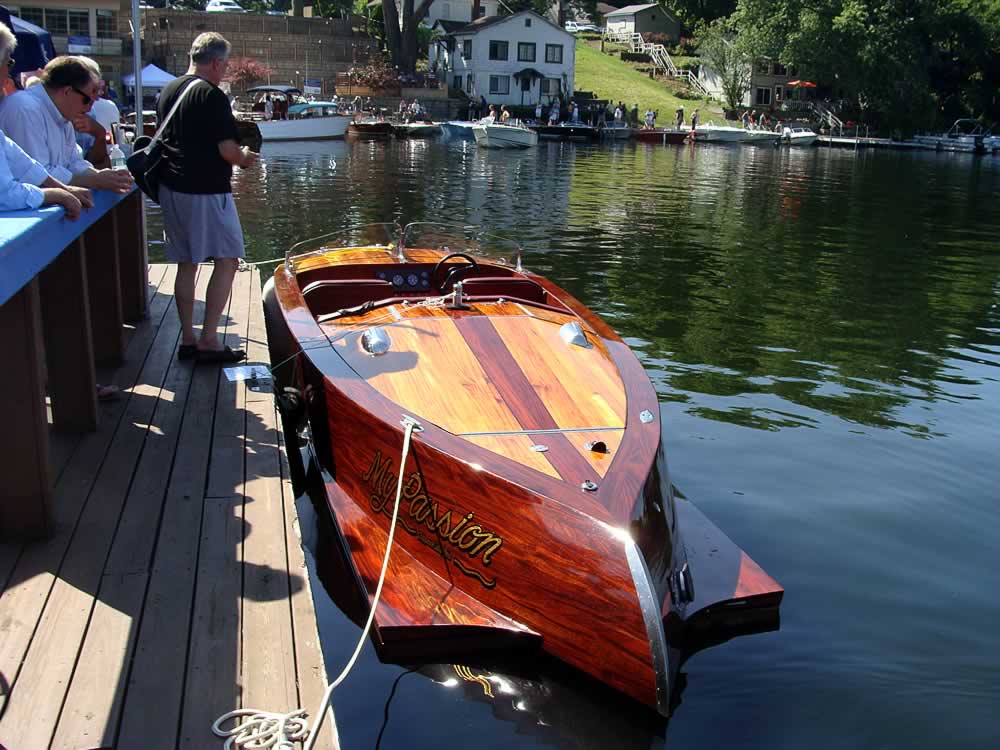 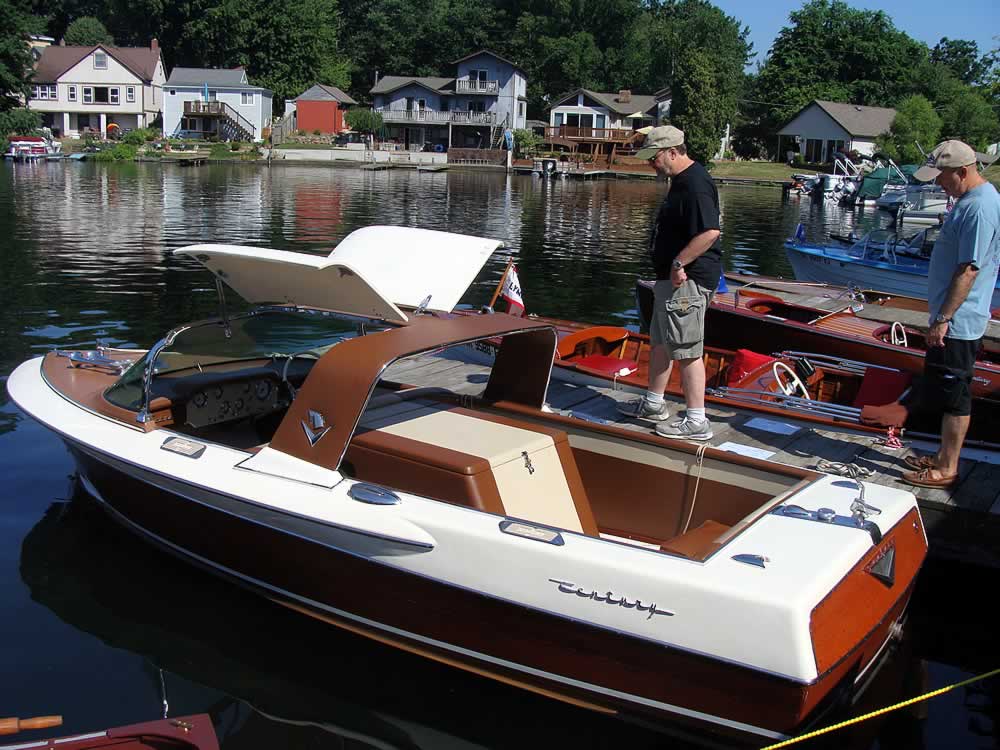 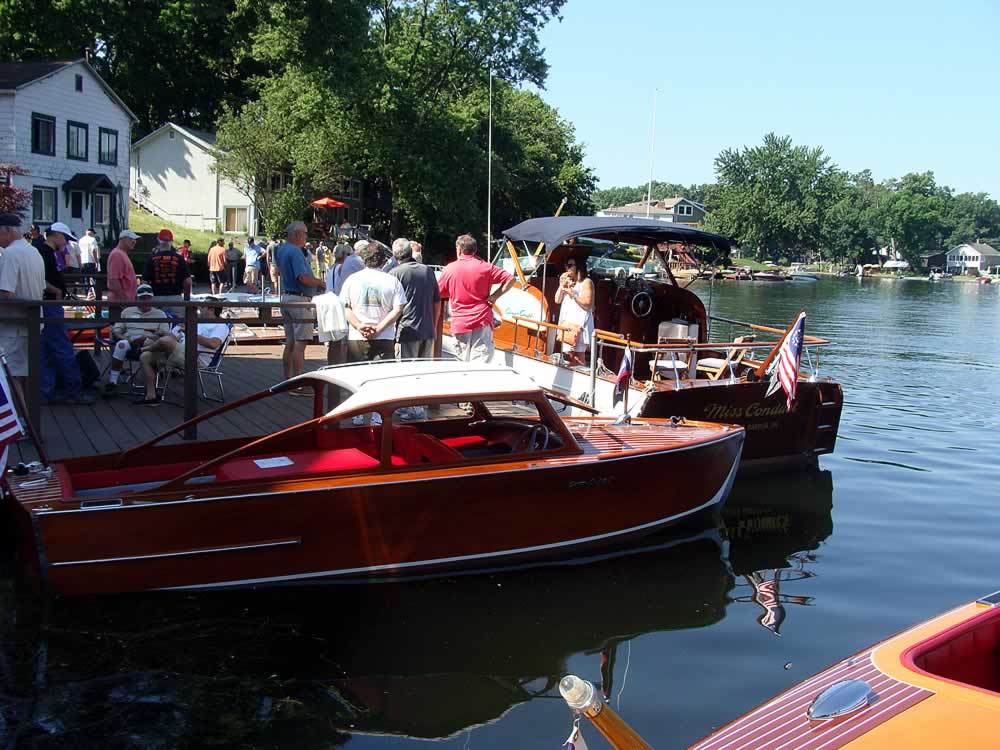 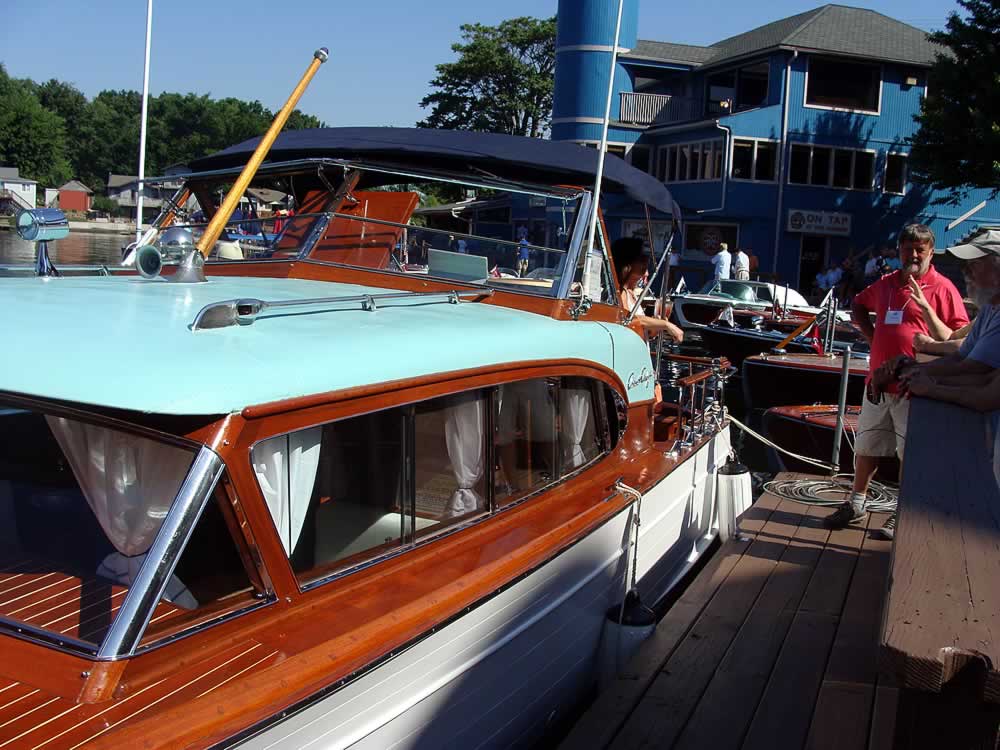 View some previous Antique & Classic Boat Shows as viewed through the eyes of Team PLX!